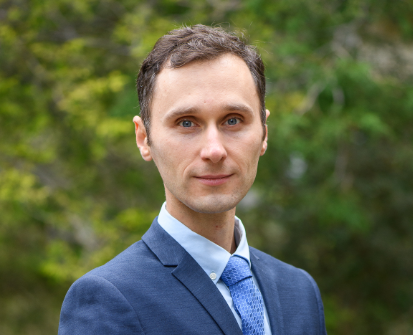 The Effect of Tenure Laws on Students: Evidence from the Implementation of Tenure Systems in the 20th Century (Job Market Paper - New Draft!)

After working for a given number of years, most US K-12 teachers gain tenure, which grants them substantial job security. These tenure protections are widespread, controversial, and their impact on students is unclear. In this paper, I study how students’ exposure to tenure systems affects their long-run outcomes. As contemporary variation in tenure regimes is limited, I go back to the 20th Century. This was the period where most states implemented tenure; in 1910, only one state had a tenure regime, but by 1977 every state had a tenure law. I then exploit the passage of tenure laws between 1910-1977 in a difference-in-differences design. Event study models reveal that tenure systems negatively impact student outcomes, but only when they improve teacher job security. Tenure laws that do not increase teacher job security do not affect students. I present evidence that these heterogeneous effects are due to the tightness of teacher labor markets. In a teacher surplus, tenure laws increase teacher job security but negatively impact students. In a teacher shortage, tenure laws do not affect teachers or students.

The Impact of Selection into the Labor Force on the Gender Wage Gap (with Francine D. Blau, Lawrence M. Kahn & Matthew L. Comey)

We study the impact of selection bias on estimates of the gender pay gap, focusing on whether the gender pay gap has fallen since 1981. Previous research has found divergent results across techniques, identification strategies, data sets, and time periods. Using Michigan Panel Study of Income Dynamics data and a number of different identification strategies, we find robust evidence that, after controlling for selection, there were large declines in the raw and the unexplained gender wage gaps over the 1981-2015 period. Under our preferred method of accounting for selection, we find that the raw median wage gap declined by 0.378 log points, while the median unexplained gap declined by a more modest but still substantial 0.204 log points. These declines are larger than estimates that do not account for selection. Our results suggest that women’s relative wage offers have increased over this period, even after controlling for their measured covariates, including education and actual labor market experience. However, we note that substantial gender wage gaps remain. In 2015, at the median, the selectivity-corrected gaps were 0.242 log points (raw gap) and 0.206 log points (unexplained gap).

After military service, returning troops receive substantial benefits from the government. An exception to this is WWI veterans, who are unique in that they received only limited support after the war. What benefits they gained were granted late, years after the end of the war, creating an opportunity to study the impact of military service that is not confounded by large support packages. I implement a family fixed effects model to study the labor market outcomes of these veterans. WWI military service is associated with short-run labor market penalties. These adverse effects are expected, given limited aid to veterans. However, against expectations, there is substantial veteran labor market gains in the long-run. These gains are twice as large for men from a disadvantaged background, but so are the associated costs of military service. These positive results do not imply that veterans will always perform well in the labor markets and that comprehensive support policies are not necessary. Instead, the positive veteran premium is in part due to the unique characteristics of the early 20th-century labor markets.

We propose a new method to construct instruments for foreign aid flows that exploits business cycle fluctuation in donor countries. In addition, we present empirical results demonstrating that the first step required to produce these instruments is both feasible given the available data and promising based on how strongly predictive donor country economic circumstances are for the size of aid flows.